Michael Goodhart is Professor of Political Science and of Gender, Sexuality, and Women's Studies. He is also Professor (by courtesy) of Philosophy and a faculty fellow in the University Honors College. From 2017-2021 he directed the University's Global Studies Center. In AY 2021-22, he is a fellow in residence of the Swedish Collegium for Advanced Study in Uppsala. He is a past Alexander von Humboldt Foundation research fellow (2008-09) and was Guest Professor in the Hertie School of Governance, Berlin (2008-10). In 2018 he won the Provost's Award for Diversity in the Curriculum, and he is a member of the Provost's Committee on Anti-Black Racism and Transformative Pedagogy.

Goodhart's core research interests include democracy, human rights, (in)justice, and emancipatory political struggles. He is the author of Injustice: Political Theory for the Real World (Oxford 2018), Democracy as Human Rights: Freedom and Equality in the Age of Globalization (Routledge, 2005), contributing editor of Human Rights: Theory and Practice (Oxford University Press, 2009, 2012, 2016, 2022), and contributing co-editor of Social Movements and World-System Transformation (Routledge 2017) and Human Rights in the 21st Century: Continuity and Change since 9/11 (Palgrave, 2011). He is also author of numerous articles and book chapters and has lectured widely in North America and around the world.

Dr. Goodhart was co-President of the Association for Political Theory from 2017-2020 and is a past President of the American Political Science Association's Human Rights section. He also chaired the APSA Presidential Task Force on Democracy, Economic Security, and Social Justice in a Volatile World. Goodhart is an affiliate of the Human Rights Institute at the University of Connecticut, a member of the Center for Ethics and Policy at Carnegie Mellon University, and sits on several editorial boards. He is currently President of the board of directors of The Global Switchboard, a network stewardship organization that promotes equitable global engagement in the Pittsburgh region, and a member of the steering committee for the Pittsburgh Human Rights City Alliance.

"Human Rights and the Politics of Contestation." In Human Rights at the Crossroads, edited by Mark Goodale. Oxford: Oxford University Press (2013). 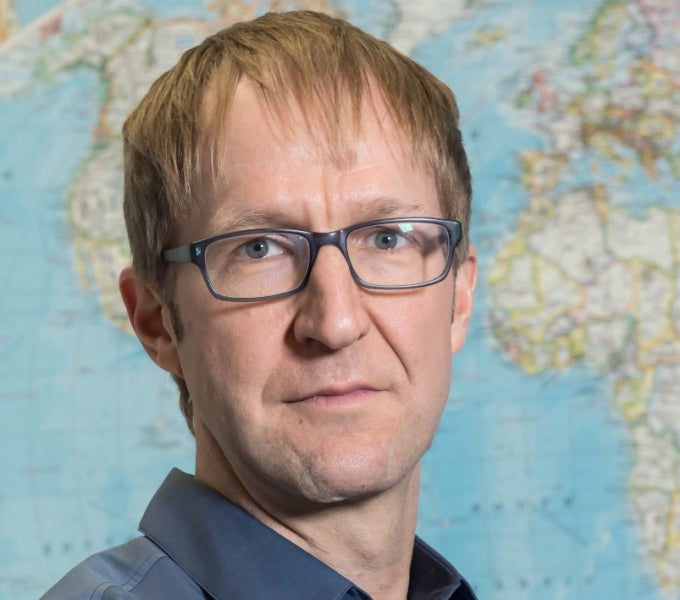